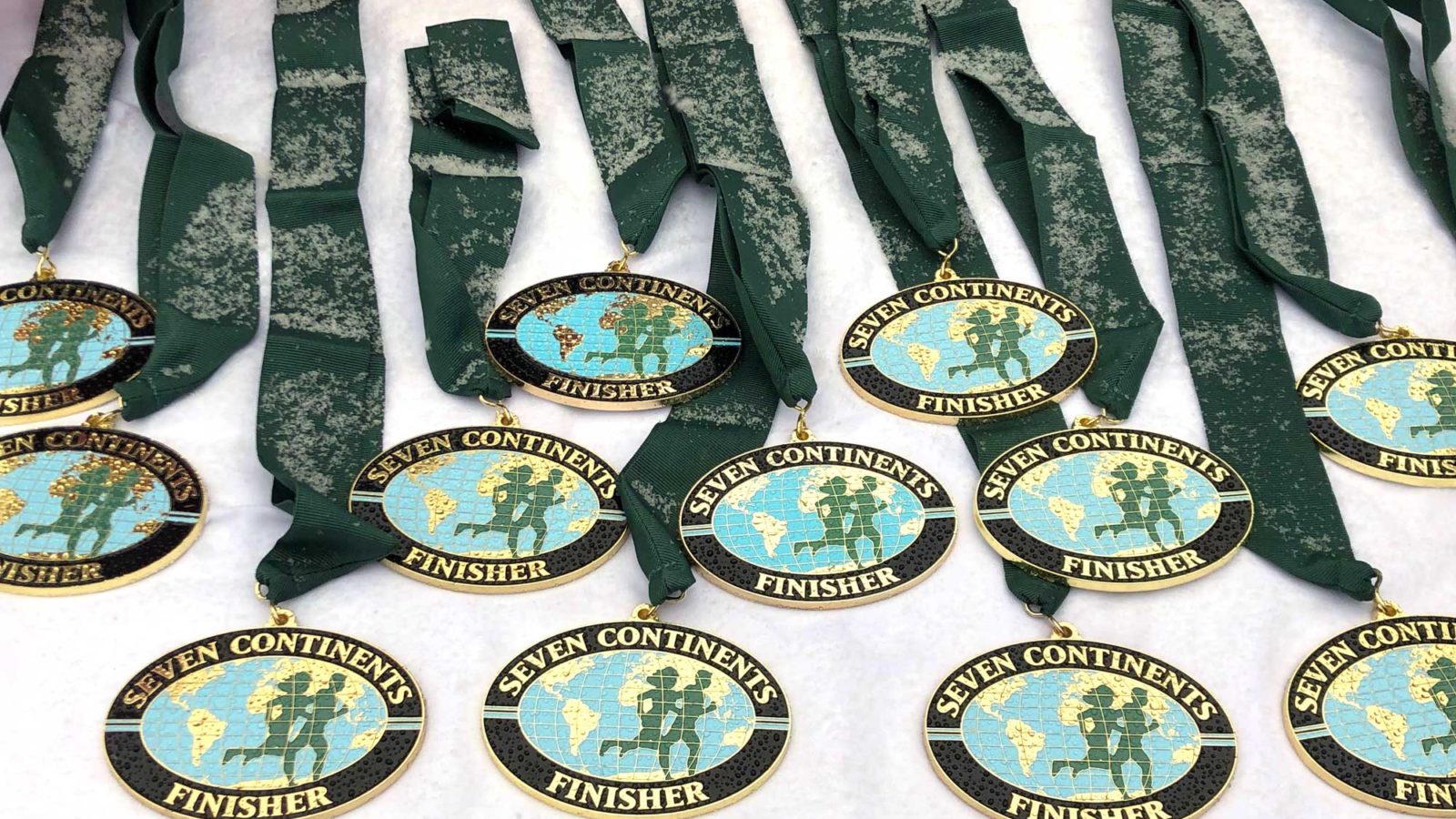 How I Joined the Seven Continents Club (SCC) in March, 2019

The concept is straightforward: if one full marathon is not enough for you, then why not visit all seven continents and complete a full marathon on each one?

That’s what I did.

I’m completed a different 26.2 mil race (42km) on each of the seven continents – including the Antarctica Marathon.

I’ve been running for years and I’ve actually done quite a number of marathons. I’m not a fast runner, nor do I totally enjoy distance running (it is painful).

But I really enjoy the benefits of running, as well as the community of runners who are always supportive, athletic, exciting and young (or young at heart)!

The running community usually has big goals and many of them achieve theirs.

Runners tend to feel accomplished in life, which is a great feeling.

Why Seven Marathons on Seven Continents?

Because I am certifiably crazy, that’s why! I joined the Seven Continents Club – organized by Marathon Tours and Travel, a Boston-based travel agency specializing in helping clients run races around the world.

According to the list in their database, only a few hundred runners have completed seven marathons on seven continents.

Is there really a marathon in Antarctica?

Yes. In fact, there are a few. I’ll talk more about that towards the end of the post!

So which marathons did I do?

Here’s a list of the marathons I did to accomplish my life goal:

In October 2006, I completed my first full marathon, the Marine Corps Marathon, in Washington DC. Organized by the US Marines Corps, this is, unsurprisingly, the most organized race I’ve ever participated in.

The MCM is one of the major marathons in the US, and I felt extremely accomplished when I did this.

It was after doing the Marine Corps Marathon that I decided it would be my life goal to run seven marathons on seven continents.

I’ve also competed in the Georgia Marathons in Atlanta, where we live. I am officially a “streaker” in this race, meaning I have participated in either the full or half Georgia Marathon since its inauguration in 2007.

In 2017, I ran the Chicago Marathon. Needless to say, North America was the easy part of this journey!

So if you are inspired to do one here, you can easily find one in your favorite city.

In 2007, my good friend Ryan and I decided to visit New Zealand and Australia. We arranged our visit to coincide with the second marathon on my 7 continent journey – Blackmores Sydney Marathon.

This was my first running race abroad. Now I was hooked.

The marathon organizer liked this picture so much that they have it posted on their website for next year’s event!

Fast forward to February 2012 – five years after my Australian Marathon, Ryan and I went to Asia to run the Standard Chartered Hong Kong Marathon.

Three down, and just four more to go in my seven marathons on seven continents journey!

I thought of running the Great Wall of China Marathon (lots of stairs!) or Penang Marathon (which starts at 11 at night to avoid the heat), but decided against both for the time being.

Almost immediately after completing the Hong Kong Marathon, I decided to sign up for one in Europe.

After doing some research, I was attracted to this particular marathon that spans three European countries: Germany, Austria, and Switzerland! And there was a bonus.

I got to run it with friends I hadn’t seen in a long time.

How cool is that?

In 2013, I ran the Sparkasse 3-Lander Marathon. I met up with our good friends Bjorn (who ran the marathon with me), and Patrick (who did the relay with his team).

We had a great race and reunion.

The Sparkasse Marathon follows a very picturesque and (mercifully) flat course along Lake Constance (Bodensee in German). And just in case you were wondering, all three countries are within Schengen Area, so there is no border control along the course.

No stopping at passport control for us! Although I wish they did – I would have ended up with some cool passport stamps during my marathon race!

If you want a unique marathon, the Istanbul Marathon runs through both sides of the city, spanning Europe and Asia.

Before you think to yourself “This can count as two continents!” you’ll be disappointed to know that they consider this a European marathon.

In 2015, I found a great airline deal to South Africa, so I signed up for and completed the Sanlam Cape Town Marathon.

It was a very pleasant race to participate in. And just two more continents to go!

I considered a few other marathons in Africa: the Addis Ababa Marathon (who doesn’t associate Ethiopia with marathons?) or the Victoria Falls Marathon, which would be extremely cool to run.

Although physically located in the middle of the Pacific Ocean, Easter Island is governed by Chile, which technically makes it part of South America.

I had the painful pleasure of running the Easter Island Marathon in June 2016.

I wrote an article about this marathon: Running the Easter Island Marathon.

So that left only one more to do!

The culmination of my seven marathons on seven continents goal took place on March 17, 2019 – mid-summer in Antarctica.

The yearly Antarctica Marathon is the marathon to end all marathons.

For many who want to join the Seven Continents Club, it’s probably the last one they do as well. Imagine, running with penguins near the bottom of the planet!

Here’s what it’s like to run the Antarctica Marathon.

So that was my life goal – the bucket list item to end all bucket lists!

What’s your life goal? Would you run a marathon in Antarctica?

Is Travel Insurance Necessary? Does Your Private Insurance Cover You?
Next Post: Raja Ampat Aggressor Review – Liveaboard With The World’s Best Diving