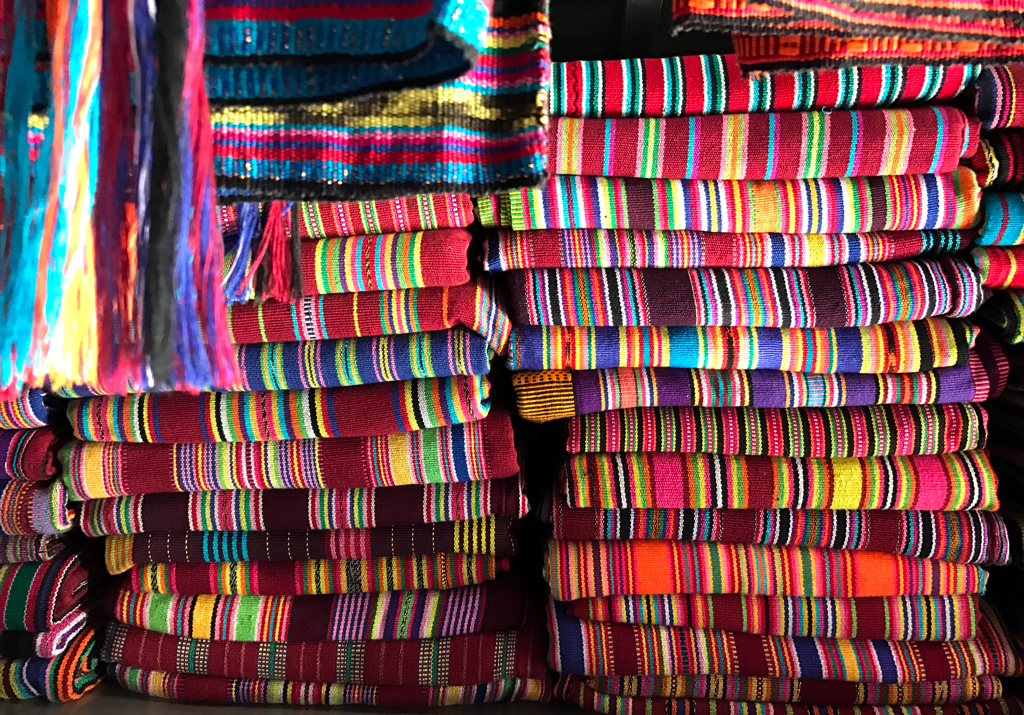 Things to do in Dili, East Timor – 14 Highlights You Shouldn’t Miss

Looking for things to do in Dili? You’ve come to the right place!

You’ll most likely arrive at Dili Timor Leste airport to start your journey in this tiny country. Serving as the capital of East Timor, Dili is a great home base for East Timor travel.

Be sure to read East Timor Tourism – 11 Things to Know before you go. You can also check out my review of D’City Hotel in East Timor.

But when you get here, what then? Here are the top things to do in Dili.

Located on top of a hill in northeast from Dili’s city center, this gigantic 27 meter Jesus statue on top of a globe is hard to miss!

Cristo Rei of Dili was completed in 1996. It was a gift from Indonesian President Suharto when Indonesia still controlled East Timor.

To reach the top of this hill, you will climb 500 steps, a favorite local workout. Be prepared and bring plenty of water and a sweat towel.

There are plenty of rest areas along the route.

Cristo Rei overlooks the Bay of Dili, facing west. You may want to consider hiking it in the morning while it’s still cool. But the sun will be behind the statue, so you won’t be able to get a great shot of Cristo Rei’s face.

For the best picture of the face, climb up in late afternoon for the sunset across the bay.

If you visit Dili in late September to early December, you’re in for a treat. The Bay of Dili is an active migration route for several species of baleen whales. Sometimes you are able to spot them in the distance.

Just keep an eye on the horizon!

The East Timor Resistance Museum and Archives is a treasure trove of information and important artifacts. It highlights the East Timor genocide and the peoples’ resistance on the road to independence in 2002.

Museum information is well-narrated and written in three languages – English, Portuguese, and Tetun. Interestingly, the museum decided to not include Bahasa Indonesia, which is the working language of Timor Leste.

Bahasa Indonesia still has a negative connotation, particularly for elderly East Timorese; however, the younger generation embraces it.

The museum is not for the feint of heart, and is definitely considered a dark tourism site in Dili. There are many graphic photographs, as well as artifacts like bloody clothing of victims and weapons on display.

3. Chega! Exhibition at the Balide Prison

Due to its turbulent independence struggle, there are several dark tourism destinations in Dili. Besides the East Timor Resistance Museum and Archives, another important and eerie exhibit is the nearby Chega! Exhibition.

While the East Timor Resistance Museum and Archives highlights the history itself, the Chega! Exhibition is about human rights violations during the 1975-1999 Indonesian occupation in East Timor.

Chega! means “no more” or “stop” in Portuguese. The exhibit is in the Balide Prison (Comarca), an active Portuguese prison when built in the 1960s.

It became a notorious political prison during the occupation.

All of the gruesome photos in the exhibition happened here, within the dingy walls of the prison.

To get here, ask locals or your taxi driver to drop you off at the Balide Prison, Comarca, or even the “CAVR” (the Timor-Leste Commission for Reception, Truth and Reconciliation) building.

Once you’re there, ask locals for the actual location of the Chega! Exhibition, as it is not well-marked and difficult to find.

On November 12, 1991, Indonesian troops opened fire on a group of protesters inside the enclosed cemetery compound, killing around 250. It was the bloodiest day in the East Timor struggle to gain independence.

Many believe this event ignited the East Timor quest for independence.

Santa Cruz Cemetery is one of East Timor’s most sacred places, but it is open to visitors. It is laid out like a maze with many narrow paths between graves.

Sometimes, you have to uncomfortably step on some of the stones to get around.

The grave to visit is the grave of Sebastião Gomes, whose funeral procession lead to the Santa Cruz Massacre.

Join an organized tour, or ask locals at the cemetery for directions to his grave, as there are no signs and it is impossible to find it yourself.

It only makes sense if you understand East Timor history.

The Cemetery was first established in the mid-1970s when Indonesia took East Timor from the Portuguese.

By the time of East Timor Independence in 2002, this cemetery was already well-established, and both governments came up with the agreement for the status of this cemetery.

However, there were recent talks on re-interring the remains elsewhere, due to the plan to reuse the plot for a highway project.

If this ends up being the case, they may relocate the cemetery in the next couple of years.

Dili has the second-largest cathedral in Asia, after Manila’s. Indonesian President Suharto built the Cathedral to win the hearts of the East Timorese during the Indonesian occupation, although he never visited the building after its completion.

You can find Pope John Paul II’s signature, instead of Suharto’s, at the Cathedral’s main entrance.

Pope John Paul II visited Dili in 1989. The East Timorese were so stoked and honored by this rare event that they built several sites to host his holy visit.

Tasitolu Altar was built using traditional Timorese architecture and it was where John Paul II addressed the crowd. In this important place, East Timor declared its independence in 2002.

The peace park in front of the altar is now the center for big public gatherings and military parades.

After the Pope’s death in 2008, the people built a church and memorial on top of a nearby hill, west of Dili. There is a great view of the Bay of Dili from there.

The Church de São António de Motael is the oldest Roman Catholic church in East Timor. It was rebuilt in 1955 in the old Portuguese style and served as a temporary Cathedral while the current one was under construction.

But what’s famous about the Motael Church is its significance in the turmoil of East Timor independence, which lead to the Santa Cruz Massacre incident.

You can visit this small and peaceful church during the daytime. It offers a beautiful setting along the waterfront road.

In the Tetun language, “Ai-Fuan” means fruit. The official name for the fruit market is the Fatin Fa’An Ai-Fuan. You’ll find it along the main coastal road of Dili. Here, you can find attractively arranged colorful fruit in a row of stalls.

It’s no surprise that this market is one of the most photographed sites in Dili. Prices here depend on the time of the year or whether a particular fruit is in season.

Every morning, fresh fruit arrives from all over the country.

Across the street from the market is an important building, surrounded by tall white walls and lush vegetation. This is the house of Xanana Gusmão, a national hero, who served as the first East Timor president in 2002.

It’s not every day you can see a living national hero’s house!

If you are looking for a traditional East Timor souvenir, chances are you can find it in Tais Market, Dili’s main arts and crafts market.

Here, you can find many keepsakes, mainly the colorful and intricate Tais cloth, a typical hand-woven textile that is unique to the Island of Timor.

Every region of Timor Island has its own style of Tais, so ask your seller if you have a specific design or area in mind. As in the rest of East Timor, the sellers here are extremely friendly and helpful. Most importantly, they are not aggressive.

You are more than welcome to come in and browse or just take pictures. It’s difficult to resist taking photos here!

The Alola Foundation is a non-profit organization that aims to help local women and their families by teaching them how to craft the beautiful hand-woven Tais textiles.

You can find their mission statement on their official website.

You can visit both the Alola Esperansa production center and the sales shop. You’ll have a better appreciation of Tais textiles after seeing local women hand craft them in the production center.

You can even see the design process of the pattern here.

Dili is home to several East Timor beaches – if you are up for swimming and sunbathing. Don’t expect well-developed beaches though. The upside to this is that these beaches are still pristine.

Dili also offers a laid-back city waterfront area in front of the Palácio do Governo (Government Palace). There, you can find locals hanging out under several massive trees to escape Dili’s intense sun.

If the Chinese-built Government Palace exterior isn’t impressive enough for you, then pay a visit to the giant dinosaur bones inside the entrance hall of the palace. The fossil is from Mongolia.

Former president Ramos Horta asked the Monash University of Melbourne, Australia to assemble it inside the newly-opened Palace to greet foreign dignitaries and students on school field trips.

These are probably the only dinosaur bones in the whole country, and definitely is a great addition to your “Things to do in Dili” list.

Timor Plaza is a multi-use development complex. It houses the Timor Plaza Hotel, several business and stores, a movie theater, and the only shopping mall in the East Timor capital.

The shopping mall part of Timor Plaza is small and fitting for this tiny country, and one of the biggest draws to the Timor Plaza is the food court. Here, there are stalls that sell any kind of food you like!

The mall has a grocery store, office, and clothing stores, as well as several electronics and cellphone stores. Those are handy places for those of you looking for East Timor SIM cards.

Ataúro Island is technically not part of Dili – it’s about 20 km north of the capital. A short boat ride will take you there. According to a recent survey, the waters surrounding Ataúro Island have more species of reef fish than any other place on Earth.

Many species of baleen whales pass through these waters during their migration season, which is in late September through December.

The East Timor government is working to establish a protected area within these waters and Ataúro Island, with the hope that ecotourism takes off in the country.

Dili is a small and packed town, and you can tour all of these Dili main attractions in a day. If you opt to join a paid tour group, we highly recommend Timor Adventures. They offer a half-day Dili tour for $48 per person.

A full day trip to nearby Liquica, Maubara and Rialco to see rural East Timor is $160 for up to 4 people. They have a great staff and can speak multiple languages, including English, Bahasa Indonesia and Portuguese.

Have you visited Dili, East Timor? Do you live there and have more places in Dili that you recommend? Share your thoughts in the comments!

For More on East Timor: When we travel, we use Lonely Planet